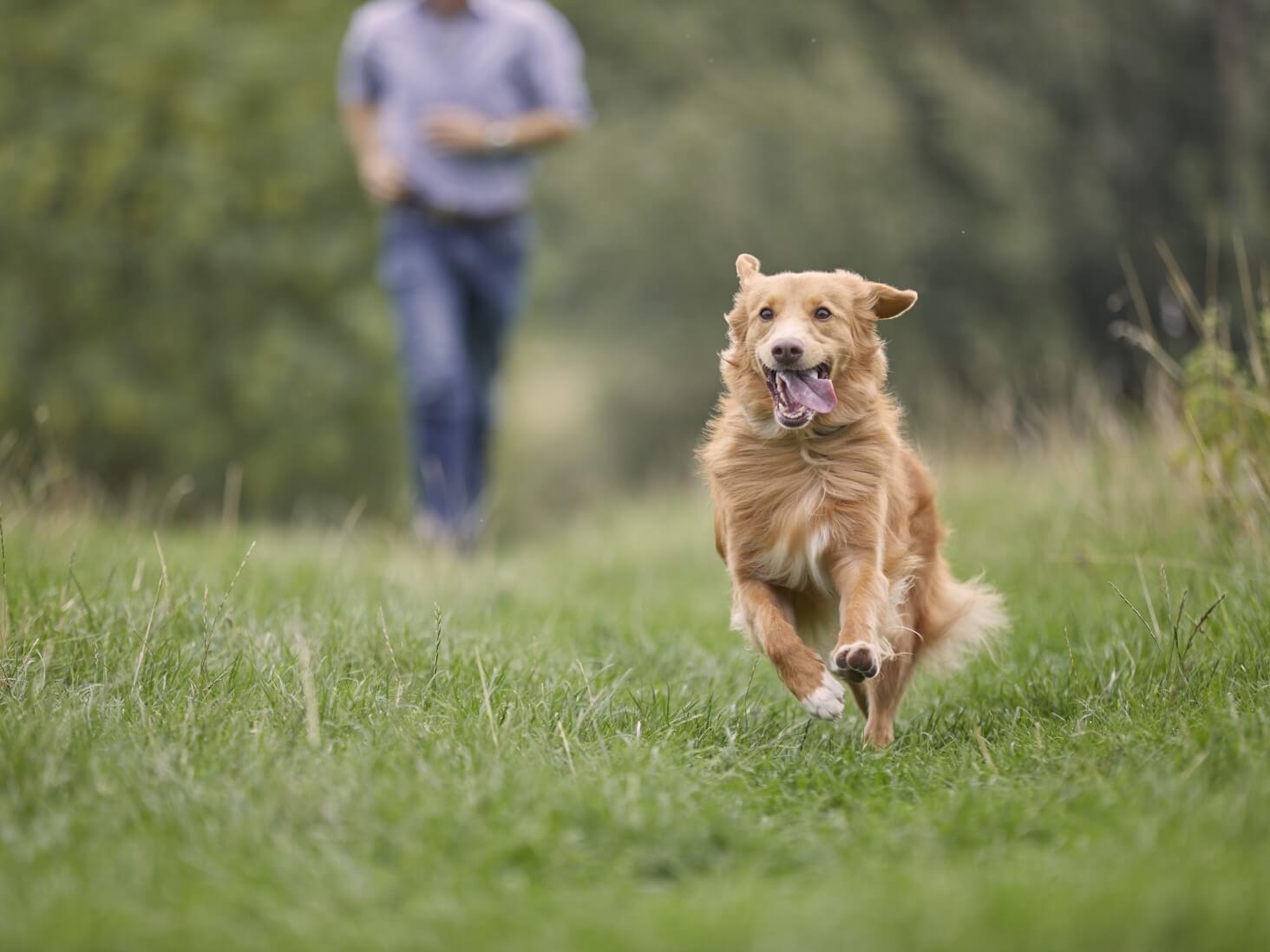 Can I use an AirTag to track my dog?

Read this before you do!

Losing your dog is every dog lover’s nightmare. That’s why some pet parents are buying Apple’s £35 AirTags for their best friends. Seems like a really cheap way to find your dog if they get lost.

But can you really use an AirTag to find your lost dog? Sadly, we don’t think so. Read on to find out why or skip down to discover the much better alternative (with no costly subscription) that you really need to get today.

An AirTag is a disk about the size of a 2p coin but thicker. You can attach one to any object you want to keep track of, and then (in theory) you can find where that object is with the Find My app on your iPhone.

How do AirTags work?

AirTags work by relying on the massive number of iPhones out there. That’s because, unlike purpose-made dog location trackers like PitPat GPS, AirTags do not have their own GPS receiver. They don’t even have their own connection to a mobile phone network.

Instead, they rely entirely on any passing iPhone (yours or anyone else’s), which they quickly talk to as it passes. The phone has to be within 10 metres, and it’s actually that phone’s location that’s transmitted to you, telling you roughly where your AirTag is.

You can see how brilliant this would be if you lost your AirTagged bag on a train or left your AirTagged wallet in a restaurant. There are always other people with iPhones nearby, your lost object is sure to talk to a passing iPhone quickly, letting you find out where it is. Brilliant!

But what if the lost AirTag isn’t in a busy train or restaurant? What if it was in the kind of place dogs get lost sometimes? How quickly would you find it then?

And then we went home and waited to see how long it would be before a passing iPhone detected the AirTag and its location pinged back to us. How long, in other words, before our lost dog would be found?

There was silence for the first 10 minutes, but we expected that. But then nothing after half an hour, and nothing after more than an hour. This is getting worrying. In fact, it took several hours before we got the first fix on this lost AirTag’s location. And that was just a single one-off fix. There wasn’t another for several more hours. We even discovered that it was taking up to 15 minutes from the time of the fix for it to be reported on our own iPhone.

Fine for tracking down your dropped wallet, but no good at all for a dog that’s moving about and could be long gone by the time you reach the spot.

So we left the AirTag where it was for several days to see how often it would get detected in this favourite dog walker’s haunt. The answer was about once or twice a day. Yes, just one or two fixes in a whole day! And remember, this was in a local park surrounded by houses and people. The result would be much worse for a dog that was properly lost out in the country.

What does Apple say?

It turns out this is no surprise to Apple, who openly acknowledge the limitation. In fact, in an interview with Fast Company, Apple’s VP of Marketing said that AirTag was:

“… designed to track items not […] pets. If people do that, they just have to make sure that their moving pet gets into range of a device in the Find My network so its location can be tracked.”

Which is precisely what we found too.

AirTags are great. Buy a couple and put them in your bag and wallet. And if your dog typically gets lost in a busy railway station, or you’re only worried about finding them in a crowded city, go ahead and use an AirTag on them too.

But if you ever let your dog off the lead, in fact, if you ever go anywhere that’s further than 10 metres from other people, and if your dog is worth more than £35 to you, you’re going to need a different tracker. You need a purpose-made dog tracker like the PitPat Dog GPS Tracker, with its own built-in satellite receiver and its own independent mobile connection. That way, you’re not relying on other people’s mobile to find your dog. You can find them yourself!

Yes, it’s more expensive. But just like an AirTag (and unlike almost all other dog GPS trackers that require costly monthly service plans), PitPat GPS needs absolutely no monthly subscription. Once you buy a PitPat GPS, that’s all you’ll ever pay to find your dog whenever and wherever they get lost. How much is that worth to you?

Remember, you could wait for hours for the first fix from an AirTag on your dog, and then never see another update. That’s scary. But with PitPat GPS, you’ll get a quick and accurate first fix followed by real-time updates every 10 seconds while you quickly run towards them and rescue them. And that, as the saying goes, is priceless. Can you put a Fitbit on a dog?

Ever tried putting your fitness tracker on a dog? If so, you probably got slightly odd results – after all it’s made for a human, not a four legged dog! Find out why our made-for-dogs activity monitor is a better option. Can you get a GPS implant or microchip for dogs?

Ever wondered if you can get a GPS implant for your dog? Find out whether GPS implants exist and what alternatives are out there.