How smart is your dog? If they are one of the breeds in this list, the chances are that they are amongst the brightest dogs out there. Whilst they may not be able to do mathematics, the dogs in this list all show extraordinary abilities to learn.

It’s not an accident that the breeds in this list are smart – almost all are descended from working dogs. Breeders would select the dogs who performed their jobs best – usually the most intelligent and trainable ones. In doing so, they created breeds with above-average intelligence, who thrive with good training and exercise.

Taking on such an intelligent dog requires lots of hard work. You need to make sure you’re prepared to keep them from getting bored – that means plenty of mental stimulation like games, training, and challenges alongside their normal exercise routine. Speaking of exercise, most of these dogs need plenty of it, so it’s essential to keep track of how much they’re actually getting using a PitPat. Both the PitPat Dog GPS Tracker and the PitPat Dog Activity Monitor include our award-winning activity monitoring so you can find out exactly how much running, walking, playing and rest they’re getting every day.

Border Collies consistently top rankings for intelligence in dogs. They’ve been bred for herding sheep, a job which many still do today, and that is no easy task. With just a few commands from their handler, they need to be able to make quick decisions to drive the sheep where they need to go and work with other dogs and the shepherd to ensure the sheep end up where they are meant to be.

With their incredible agility and speed, Border Collies are perfect for canine sports like agility, obedience, canicross and disc dog, as well as making wonderful companions.

One Border Collie named Chaser could identify and retrieve 1,022 toys by their name in tests, the most any non-human animal has achieved in a study. Chaser also demonstrated an understanding of grammar and an ability to infer the name of a new object by excluding the objects that she already knew – pretty smart if you ask us!

Some people may think that the Poodle is nothing more than a showy dog on the arms of the upper classes – but they’d be wrong. Like many of the other dogs on this list, the Poodle is a gun dog, specialising in retrieving game from water. They need to be able to think on their feet and navigate tricky terrain – their smarts come in handy!

The Poodle can put its paw to many jobs and canine sports – from assistance dogs to agility pros, they excel at all sorts and make loyal canine companions.

More recently, the Poodle has become a popular parent breed of many of the nation’s favourite cross-breed dogs such as Cockapoos and Labradoodles.

The noble German Shepherd is famous for its role as a police dog, but they were originally bred to herd sheep and protect them from predators and other threats. Like the other herding dogs on this list, owners of working German Shepherds needed them to be intelligent and capable of making independent decisions as well as understanding their handler’s commands.

Whether working as a police dog or being a pampered pup at home, German Shepherds are fiercely loyal to their owners and excel in obedience training.

The Golden Retriever is not only easily trainable but also makes a fantastic family dog. Their exceptional emotional intelligence makes them pawfect candidates for assistance dogs, even though they were originally bred as gun dogs. They are able to think independently and make quick decisions when working, which is essential in many of their roles.

Doberman Pinschers were originally bred as guard dogs, but fans of the breed will know them as intelligent, loyal, energetic companions. They are highly trainable and their instinct to protect means that they have impeccable focus and attention. Modern Dobermans are much less aggressive than their working ancestors and can make wonderful house pets with consistent training.

The Shetland Sheepdog, also known as the Sheltie, is another herding dog, bred on the Shetland Islands. Farmers needed Shelties to do all sorts around the farm, including keeping birds out of the field and letting their family know when a stranger was approaching the farm. They are intelligent and quick, meaning they dominate agility in their size group, and are often top picks for competitors who don’t want to run a Border Collie.

The Labrador is the quintessential family dog, and though they might act goofy at home, these hardy pooches are actually incredibly easy to train and eager to please. Their breeding as a gun dog means they have to be able to think on their paws, judge scenarios and make a quick decision – the same skills needed to be an exceptional assistance dog.

In fact, not only are Labradors the first choice for assistance dogs, but they’re also put to work with their nose sniffing out all manner of things, from illicit items to medical illnesses in humans.

The Papillon is the smallest pooch on this list and perhaps a surprise entry to some. However, when you look past their showy ‘butterfly’ ears, you’ll find a dog with exceptional intelligence, charm and drive. Bred from early Spaniels, it’s no surprise that the Papillon has inherited some of their brain power, and owners are often delighted to find that their dogs can excel in sports like agility and obedience.

The Rottweiler is a misunderstood dog used for many jobs – herding cattle, pulling butcher’s carts, and as police and military dogs. These intelligent dogs have shown their ability to adapt to all sorts of roles – including as beloved family companions – and love to have a job. They thrive with firm and consistent leadership, forming close bonds with their owners.

Choosing an intelligent dog breed can be incredibly rewarding, but you need to be prepared to spend plenty of time with them, keeping them mentally and physically challenged. We recommend plenty of exciting walks, canine sports and playtime! You can measure it all and keep track of them if they run off with a PitPat Dog GPS Tracker for just £149 with no subscription. 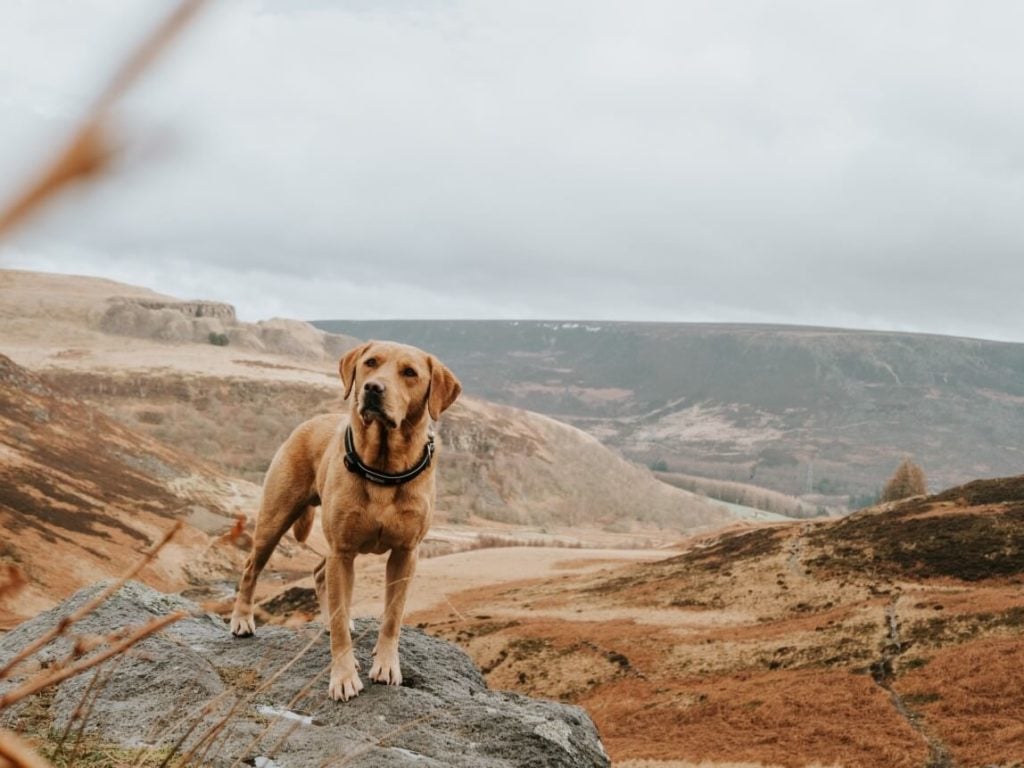 Got energy to burn? These dogs breeds are amongst the most active out there, and they’ll need plenty of exercise. So if you’re the active type and want a furry buddy to accompany you, these breeds will be pawfect! How to train your dog with five basic commands

When it comes to training your dog or puppy, you need to start with five basic commands that form the basis for the rest of your training. Here is how to teach your dog to sit, heel, down, stay and leave.